There’s a common itch among nail artists, as felt by artists of all types, to broaden their tool kit and use uncommon items in the making of their art. The fan brush is one such tool. It’s odd looking at first and doesn’t seem to have a purpose. Seeing it used in some very intriguing nail designs – I was excited to give it a go myself. 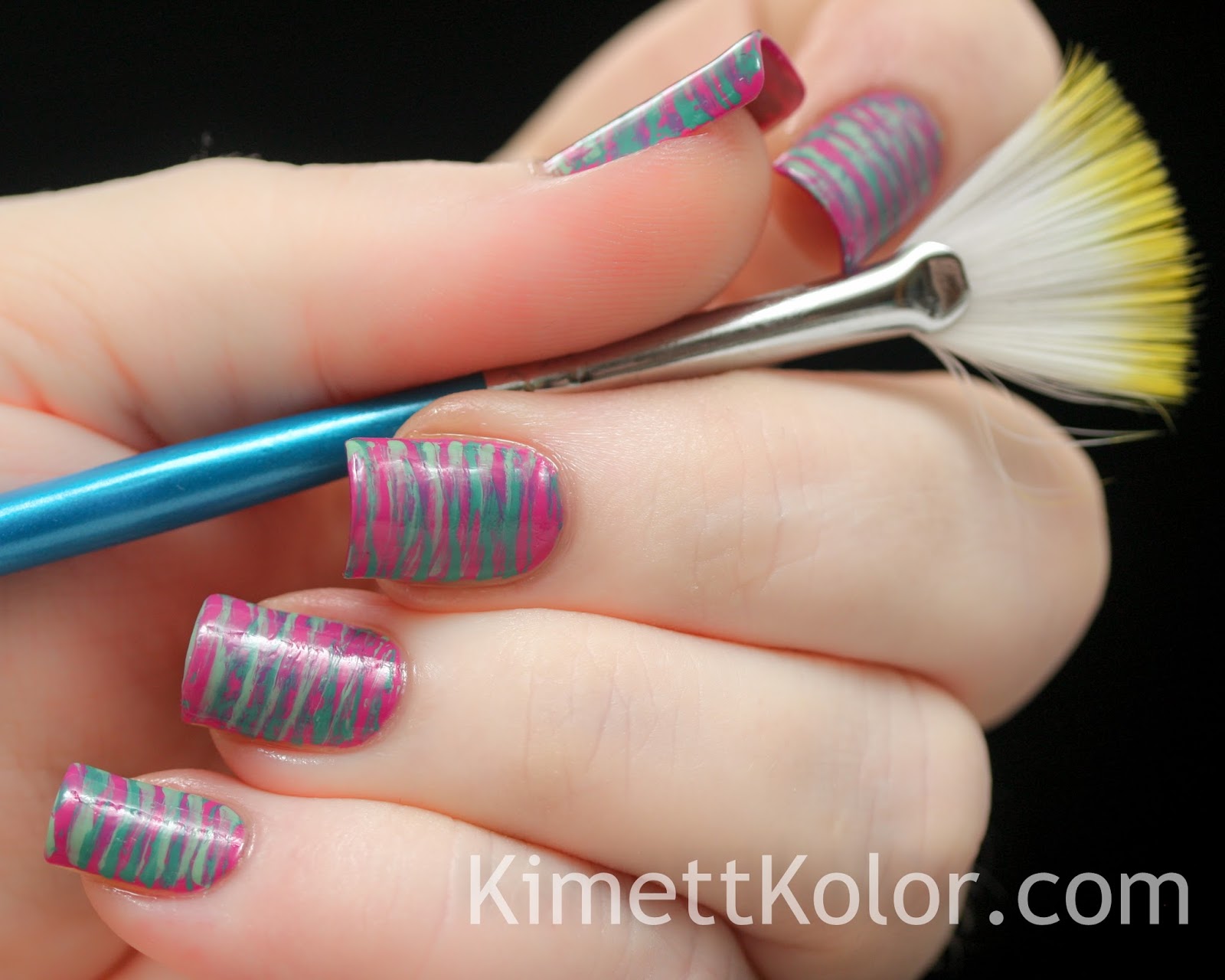 The Born Pretty Store kindly supplied this fan brush to me to play with, and so you could see for yourself some of its possibility. Read on to find out what I learned from putting this uniquely shaped brush to the test.

True confession: This is my second take at doing this design. The first time I tried it I thought I’d use some of the neon polishes I had. But…I didn’t test the specific combination of colors before I painted them on my nails. It was the wrong polishes to use together in this type of overlapping design. Now, after doing it a second time, I can say that the consistency of the polish matters. Some polishes seem to disintegrate when applied over other ones; even if they’re considered opaque. It’s hard to describe, but the end result can very much be like mud.

Moral of the this story: don’t skip the step of testing, especially with this method!!  I do like the colors I ultimately used for this design: a bright fuchsia and two tones of mint, they pulled quite the contrast. I’m including pictures in three different lighting scenarios to show you the unique color blending provided by the fan brush.

Having made my earlier disclaimer; this really is an easy and fairly simple design technique. I can’t wait to try it out as a base for stamping too. First, I applied the base color (two coats of the fuchsia creme). At the ready was a non-absorbent surface (like tin foil or ziploc bag), with some large drops of each polish color (including the base color). Using my fingers, I made sure to fan out the edges of the brush to get separation in the bristles before dipping it into the polish. If you get too much on the brush, you can gently dab some off on your palette. On most of these nails, I went across each nail with each color twice. I would alternate brushing over my nails from left-to-right and right-to-left. (Thanks to the experienced nail artists who make great instructional videos, there is a tutorial video at the end of this post.)

The other tip I recently picked up (from a gal on Instagram that I spent many hours this week trying to retrace my history seeking her name to credit, and failed) is to use Nail Polish Thinner to clean brushes from nail polish, instead of using harsh acetone which will damage the brush more quickly. It worked great!! I kept a folded paper towel handy and after dipping the brush in a small dish with the thinner, I just brushed off the color onto the paper towel. It was a great piece of advice that I will definitely use going forward. (I will be sure to update this post when I retrieve the name of the person who deserves the credit.)

With these abstract type designs, it’s always hard to know when to stop.
On the day I did these, I wasn’t able to take pictures after each
brush stroke (like I did with the Patriotic Brushstroke Design). So, I may
have stopped too early with these fan-brushed stripes; it’s hard to tell if it would have looked better
or worse with more layers. What do you think? 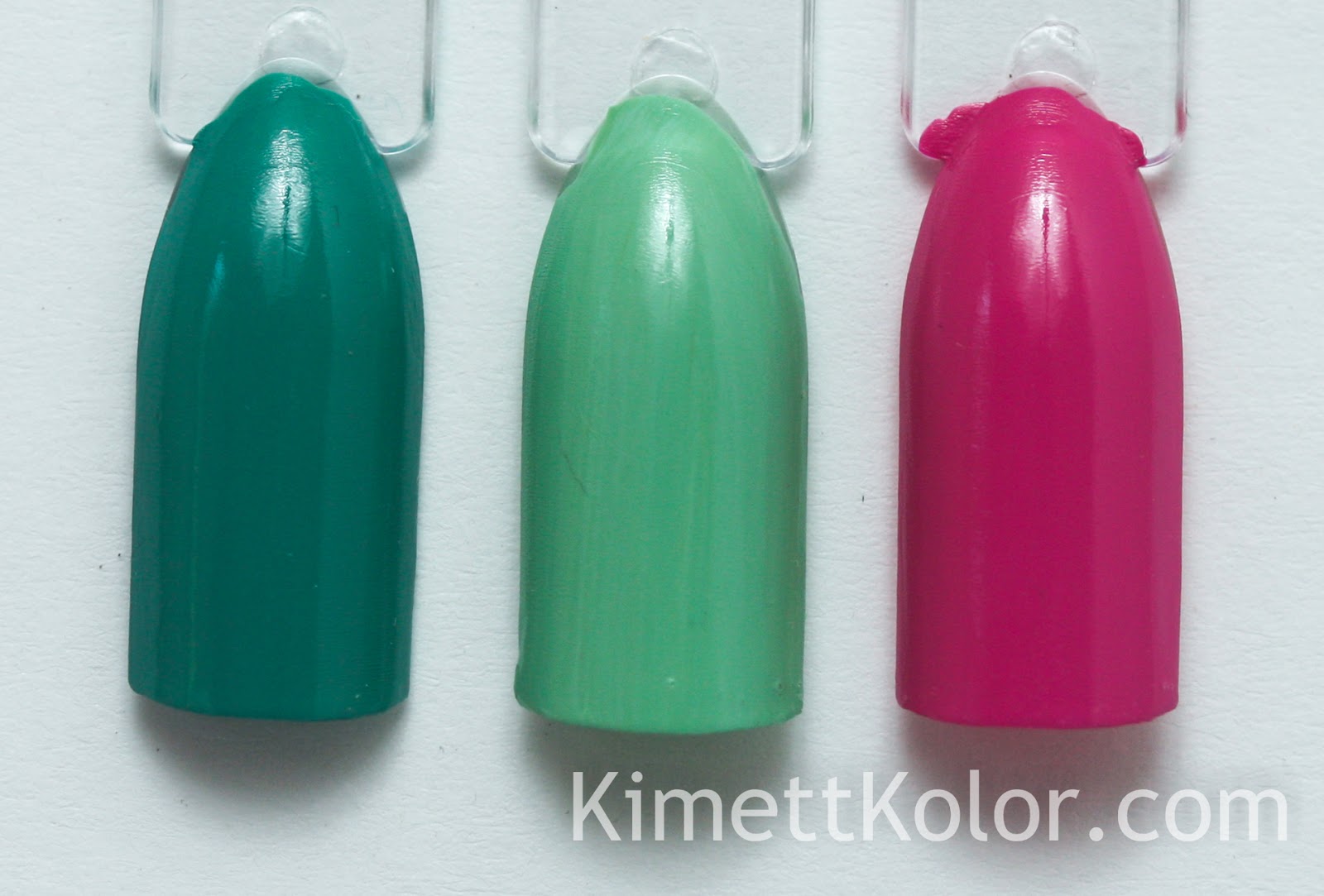 Fan Brush Specifications: Brush width = 22mm, Length = 19cm. (This is specifically a nail art brush size. It is smaller than the fan brushes for makeup application.) BPS Item #9804, pick from 3 colors. It’s original purpose is in the use of creating/using acrlyic on nails (brushing the excess powder off the nail as the bristles are very soft.) This and other nail art brushes and tools are available with free shipping from the Born Pretty Store. They’ve given me a coupon code to share with you for 10% off regular priced items: TTKX31.
Inspiration Source(s):
I’ve mentioned seeing lots of different ways to use a brush like this with nail art; and, I hope to try out other ways soon. This style was inspired by a technique I liked by SimpleNailArtDesigns – here is her YouTube video/tutorial:
I also love the different looks that Ina from My Polish Online has created using roughly the same approach. You can check them out using this link.
So what do you think? I wasn’t thrilled with my attempt, but it did peak my interest in ways to use this brush. One thought I had – after I was done of course – was that because my nails are so curved, it might have been easier if I moved my nail under the brush, rather than trying to sweep the brush up and over across my nails. Anyone else have any tips?
**PR Sample product(s)
Till next time,
Kimett

END_OF_DOCUMENT_TOKEN_TO_BE_REPLACED 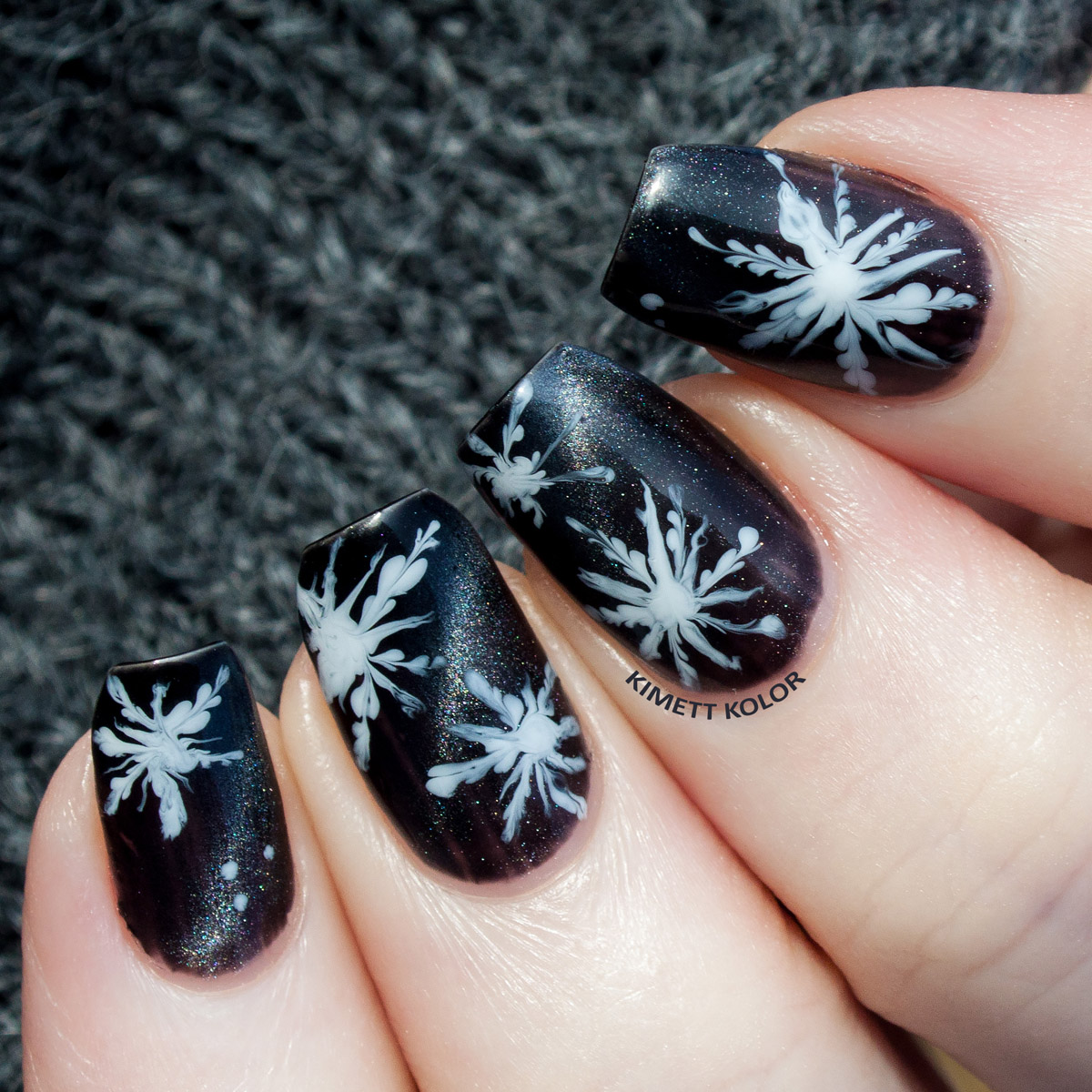